Our News
Our Latest Insights 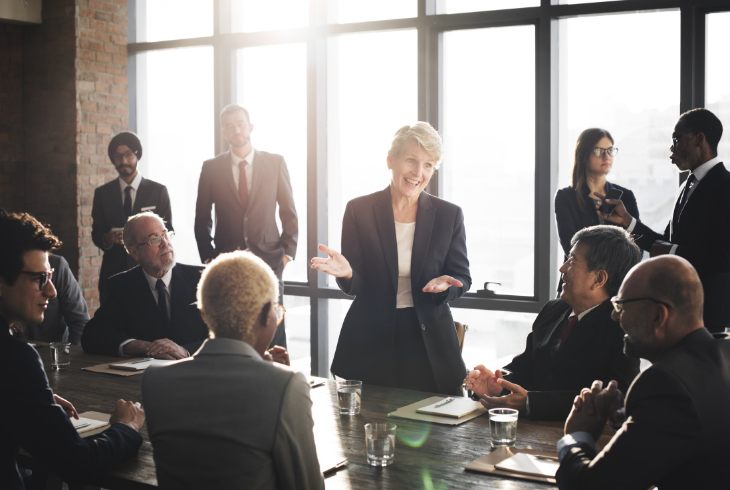 At Armstrong International we have worked with every type of financial services CEO that you can imagine. Some of them ran large multinational organisations, others ran smaller, more personal businesses; some entrepreneurial, some bureaucratic and some outstanding leaders. The successful ones understood the situation they were in. They saw the bigger picture. They could talk about policy but also thrived on granular detail. The good ones had something else, something beyond. They had empathy, an almost spiritual regard for colleagues and clients. That empathy informed their decision making. All the CEOs that we met and worked for were intelligent, exceptionally hard working and talented, but the ones who made great decisions were not just smart, they also allowed their understanding of people to inform decision making. Knowing how other people felt was a big edge. When we look back on the best CEOs that we have ever worked with, it was the ones who understood people that really shone, survived and thrived. In a business as competitive as financial services, where a unique advantage or business innovation rarely lasts more than a month, the difference is usually whether you have great people, working together for a common purpose and fully aligned in a high trust environment. How many of those have you seen in the financial services industry in the last decade? Have a look at Glassdoor if you want the answer.

When we sadly saw a CEO fail (and it?s a shame to say that most do not leave at a time of their own choosing, which feels like failure if it happens to you) there were a number of reasons for the outcome. Some chose the wrong strategy, some got killed politically, some were promoted above their abilities, amazingly, some actually didn?t fundamentally understand the businesses that they were in, but many, and it?s a high number, just didn?t get people.

When CEOs struggled, it was usually down to not understanding that financial services is a people business, and that in a people business, whether you like it or not, people are a strategy. You cannot be in a sector if you have the wrong person running it, right? So many times, we debated strategy, structure, systems and approach with the wrong person sitting at the head of the table. The CEO could not take the decision to change the head of the business. These CEOs avoided the human angle. They couldn?t hire the right people, they couldn?t read a room, they couldn?t see the agendas, they were often remote, they were surprisingly naive, they trusted the wrong people, they promoted incompetents and demoted performers; in short, they just didn?t get the people thing.

Many of them had an approach based upon tribal trust. I remember hearing of one CEO talking to fifteen colleagues and snapping a pencil in two saying, ?this is me?. He then attempted to snap fifteen pencils and said, ?this is us?. He went on,? ?we are unbreakable if we stick together?. The fifteen people eventually took over this large multinational investment bank because they acted as a political sect within the bank. A lot of very talented people who weren?t part of that group left and the bank?s bench of talent suffered. That investment bank no longer exists which says everything you need to know about the ?trust over talent? approach. There are many reasons why a poor understanding of people is so prevalent in the financial services business. One of my favourites is that it?s a maths-based business. There are many highly talented mathematicians who are brilliant with their fellow humans but if you will allow me to generalise for a second, I would like to suggest this theory.

Do you remember the people at school who loved maths? Were they natural leaders then? Were people gravitating to them? Were they class captains? Were they on sports teams? I suggest not. The maths geeks, I remember, hung out in a small group of likeminded people. Beyond their narrow social group, they had greater confidence and affection for the beauty of numbers than their fellow classmates. There is nothing wrong with this of course, because different people have different strengths and many of these people have ultimately ended up creating impressive enterprises that have taken over the world. Most of the innovations that we have benefitted from as a society came from these people whether in computing, software, engineering or indeed, finance. For all their outstanding talents, however, in my view, many have a blind spot for empathy. The money many of these people made in finance propelled them to the top and when they got there all the stuff they had achieved was of less use. They suddenly needed to inspire, make people believe, articulate a strategy, handle difficult characters and above all, bring people together. Now their future became running something that is talent-based, people-based with a high dependency on softer elements like culture, and shared values and indeed (in the case of multinational financial institutions) the corporation?s social contract. If you want to see an industry that has underperformed in its societal relationship, look no further than financial services.

The leadership in this industry must accept the blame for this sorry state of affairs and the insular maths and evidence-based personalities of successive leaders has its part to play. Being academically gifted at maths did not make for people who were streetwise, had high empathy levels, and sophisticated interpersonal skills. These mathematical people have generally ended up running the world for the past twenty years and financial services is no exception. Logic prevails with this talented group, but logic and judgement are not always bedfellows in a complex human world dominated by feelings.

It is interesting that Goldman Sachs? new CEO, David Solomon, has a BA in political science and government from Hamilton College. How many people with BA degrees from Hamilton College did Goldman take last year? How did David Solomon make CEO at Goldman, an organisation that would have rejected him at graduate level? David had some interesting attributes that meant nothing to a person reviewing a graduate?s CV but that make a big difference in the world of the leader. He was a camp counsellor. He played sport to a high level. He excelled at team sports, like rugby. He chaired his social fraternity. He is a DJ and he likes socializing with people across demographics and age groups in clubs and festivals. He is not a suit. He likes to go out. In short, he gets people. That is one of the reasons, in my view, why David Solomon is the CEO of Goldman Sachs. He must handle a global, diverse range of talented individuals with a very wide range of agendas in a highly pressurised environment.

The most successful CEOs all have a knack for people. They know how to handle their subordinates and they know how to handle their superiors. They can deliver bad news without personalising it and they can deliver good news without aggrandising it. They make people feel part of one culture and they connect those people to an objective with a clear plan and pathway to get there.

So, what advice would we give a CEO when it comes to running a business in financial services? It is a subject that could fill a book but here are three simple things you can do as a leader to begin to improve your people performance skills when it comes to hiring, which is something we care about.

1) Never listen to friends when it comes to making hires. Many of our clients seek affirmation when it comes to making a senior hire from somebody that they respect in the industry. On the face of it this makes sense. You see the world the same way, the person giving you the advice is successful, a peer, another leader, they know you; they know your industry and as a friend have your interests at heart. Someone they recommend as a possible hire must be good, they are operating in your interest. Right? Wrong, dead wrong. They have no idea how this person will function in your organisation. They are passively trying to help you, not digging deep to find your solution. They are basically making the recommendation on the fact that so-and-so is a ?good person?. The more senior the person giving you this advice, the more dangerous it is, because people in your organisation start to get the ?green mist? about someone. Interviews become processions and before you know where you are, you have a totally unsuitable senior executive running one of your divisions. You have abandoned the process that you thought you were pursuing in identifying the best available person in the marketplace. You have made a hire without objective support from professionals that surround you, in your human resources department, in your executive search firm and most importantly, your colleagues. Finally, you are totally on the hook for having made an appointment based upon the conjecture of somebody who did not think very deeply about it. When you make a hire, identify the qualities, define the job, relentlessly evaluate to a set of criteria and be disciplined about it. Don?t just hire for skills, hire for human qualities. Don?t take a friend?s word for it.

2) Go deep on references. At Armstrong International, we are amazed at how few references are taken up on the senior people that we are placing in responsible roles. We are also surprised that these references are not taken up personally by the chief executive officer on whose job depends on the quality of this appointment. If a CEO will spend many millions of pounds of shareholders? money on making a senior strategic appointment, they should personally hear from every former employer of this individual to ascertain exactly what they are like and how they have performed. Sadly, many leave this up to a relatively junior functionary in a human resource department. Some amazingly leave this up to the executive search firm who will make a fee from this person being hired and who are therefore conflicted in their advice. The nuanced reaction of former colleagues and employers is crucial in understanding ?fit? and suitability. A personal call from the CEO will always be responded to truthfully and with insight. Do not be above this simple task. If this person will report to you, you need to truly own it and if you are to own it you must research it, personally.

3) Assimilate the hire personally. No CEO that we have ever worked for has made assimilation a personal project. Expecting someone to show up on a certain day, leaving the responsibility of his or her arrival to the HR function is not a way to start the integration of the senior leader in your organisation. It is very important to get together with all your peer group. This is even more important with cross functional divisional heads in matrixed organisations. Making sure that, in advance, you explain the rationale for the hire and what you expect from future colleagues, with a personal email, is essential. Answering any reservations and explaining how cross-divisional lines will work is also important if you want to have a culturally aligned and transparent organisation with low levels of political drama. You are now ?one of us? is the message to ensure the effectiveness of the person coming into the organisation. It is important is that you swiftly decapitate any naysayers in the organisation who may be looking for political advantage by undermining this new appointment. Good leaders can back decisions to the hilt even if it means breaking an occasional egg.